How did the moment sound?  What did the people who witnessed this moment see?  This is an experience where the user can experience a historic moment in Costa Rica and the world.

San José, Costa Rica. Under the direction of Andrea Kalin, an American filmmaker, writer, producer, director and founder of the Washington DC-based production company Spark Media, Costa Ricans will be able to enjoy the virtual reality experience called “ The 48 ”, which is based on the abolition of the Costa Rican army in 1948. The experience is free and is open to the general public in the National Museum of Costa Rica, formerly the Bellavista Barracks, a place where the armed forces were abolished 72 years ago, in an initiative led by José Figueres Ferrer, the president of the Founding Junta of the Second Republic.

“El 48” is an interactive virtual reality experience with 360 degree videos, developed the Oculus Quest. The experience lasts approximately five minutes; however, the duration can vary depending on how much time the user wants to explore the details of the world.

The experience is fantastic. Through environmental recreation, realistic character animation and game mechanics, users are virtually transported to the exact moment in which José Figueres symbolically demolishes one of the battlements of the Bellavista Barracks with a hammer. It will transport viewers to one of the formative events in Costa Rican history.

The support of the National Museum of Costa Rica was essential to recreate the surroundings of the Barracks with accuracy, and to identify artifacts, clothing and other details that were representative of the time.

Prominent journalist and comedian Norval Calvo provides the voice of Figueres Ferrer, and Costa Rican actors provide the voices for soldiers, politicians, radio operators, children, and the 360-degree video narration. The recording and audio design was done by A Tropics Company. 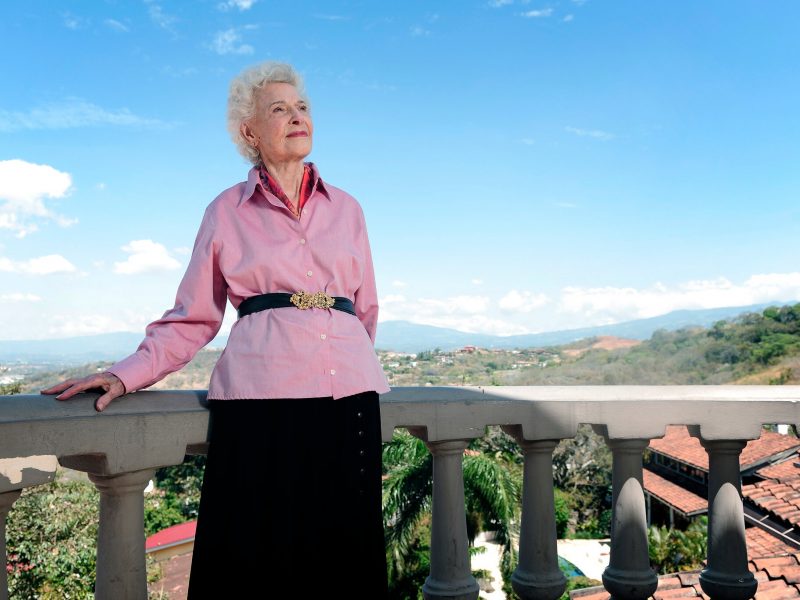